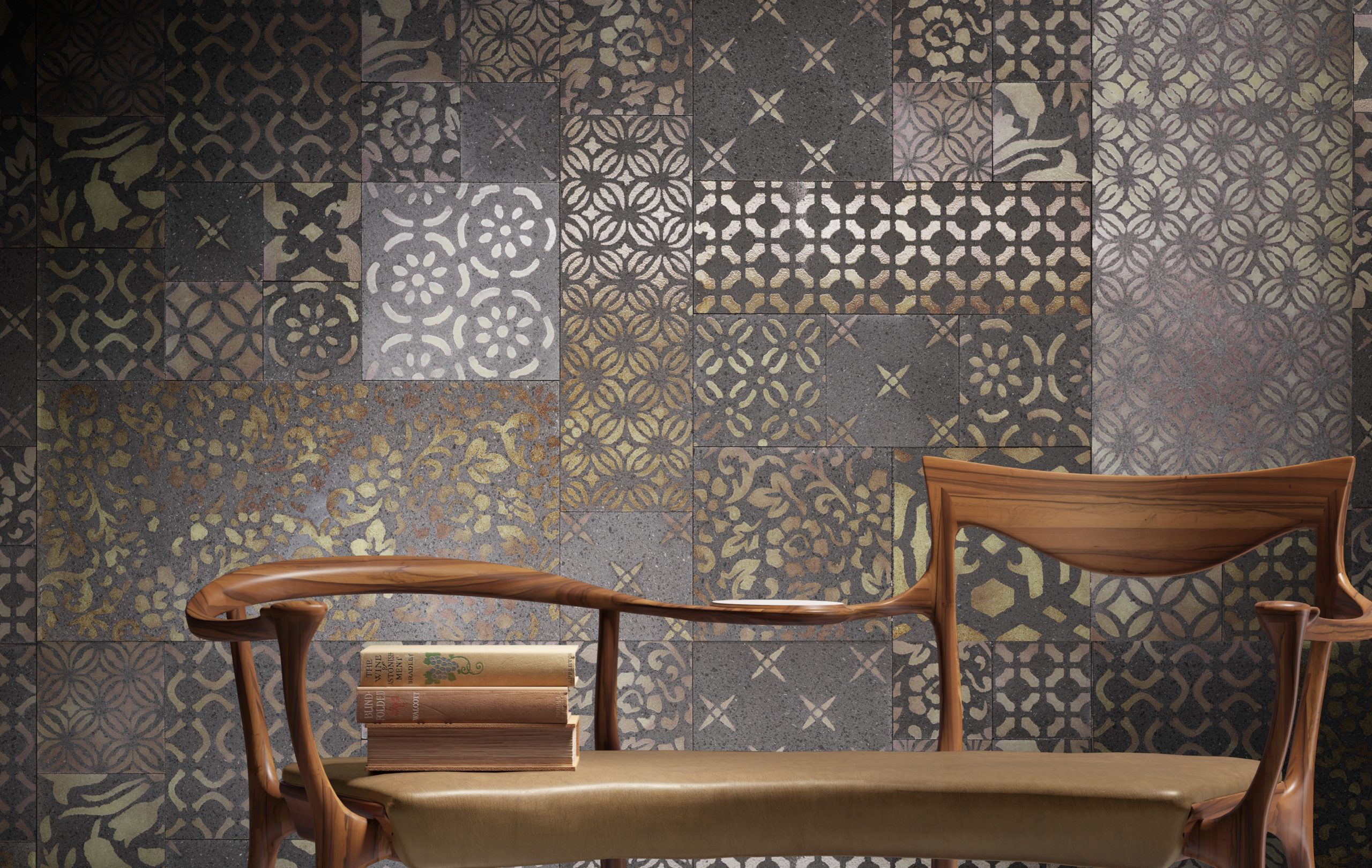 Arti in Lava from Pecchiolo

I first fell in love with Italy while on a study-abroad program in my junior year of college. So much of what I experienced during that memorable year still resonates with me today and continues to influence my design aesthetic.  From the Italian architecture to its art, its music to its food, all of it has inspired me in subtle way and to helped to form both my creative impulse and personal approach to interior design.

Mostly, I believe it is the colors of Italy that have had the greatest impact on me. Whether it’s the burnt earth-tones of the capital city or the sage greens and dulcet yellows of the Tuscan hills, the rose and purple sunsets of Umbria or those impossible shades of blue that can only be found in the sparkling waters along the Amalfi Coast, they have all attributed in subtle ways to the color palette that infuses many of my designs. Nowhere are these colors better represented than in the beautiful and ancient craft of Italian tile making.

Baked into each ceramic square is a story of a diverse and creative culture.  It could be argued that this craft has perhaps influenced the art of Western Civilization more than any other.  A heady array of glazed colors seems to explode on these molded fragments of clay, reflecting the captivating landscapes that have inspired the inhabitants of this boot-shaped peninsula, stoking the creation of incomparable works of art, literature, architecture, and design.

There is some debate over the original birthplace of Italian ceramics.  Many say that the craft first began in the city of Faenza, in the Emilia-Romagna region. The prevailing thought is that it was brought by merchant mariners from the Island of Majorca in the 15th century. Thus this could explain how the name Maiollica (known centuries later as Faience) was once used to describe the colorful vessel-shaped ceramic pottery that is characteristic of the area.

In fairness, there are a number of towns throughout Italy that are equally reputed for their ceramic production. Many of these make claims that date back to the Middle Ages. Towns such as Deruta in Umbria, Montelupo in Tuscany, Vietri in Campania, Grottaglia in Pulgia, and Monreale in Sicily are perhaps some best-known examples. And, yet, there are still others who believe the craft dates even further back, insisting it arrived on the peninsula from Mesopotami as early as 9th Century.

What we do know is that the use of ceramic tiles as a decorative material on walls and floors began much later. And its origin most likely stems from Ancient Greek and Roman traditions. One of its earliest known uses as a form of artistic expression was in the chapel of San Petonio, in Bologna. It was designed by Pietro Andrea da Faenza in 1487. The decorative style quickly spread, cropping up in the adornment of churches, palaces, and villas all throughout Italy.

Over the centuries, the artwork represented on these tiles shifted from what were initially biblical and historical scenes to the more colorful, geometric patterns we tend to see today. With technological advancement, larger and thinner tiles were being manufactured; ones more durable and resistant to abrasion, and thus more reliable as a material for flooring or the exterior surface of buildings.

On the whole, these tiles are either made of porcelain or a natural clay composition. Traditionally, the raw materials used to form tile consist of pulverized clay minerals. These are first mixed with water then formed, dried, glazed, and finally fired in a kiln to create a smooth, colored surface.

While the manufacture of decorative ceramic tiles has had to adapt to modern production methods, the countervailing need for diversity has sustained the artistry of the craft, striking a delicate balance between past and future – something at which the Italian seem to excel. The resulting uses have become as varied as their designs. We not only find them on walls and floor, but also on roofs, pavements, furniture, fireplaces, and stoves.

That’s not to say these designs are in any way stuck in the past, either in graphics or texture. Unlike their counterparts in other regions of the world (such as the more rustic-looking Mexican tiles), Italian tiles typically have a modern and technologically innovative face to their design. This is a unique quality that mirrors many other Italian art-forms, from fashion to cinema. And yet, one could say this seems counterintuitive to a people who so openly pride themselves on a steadfast adherence to tradition. Still, the basic through-line, what links the past to the present, is an intentional use of colors that reflect the surrounding from which these tile spring – the ancient cities and iconic landscapes that have long been the envy of the world.

The first platform for promoting knowledge of the Italian ceramic sector, on a national level, was just recently unveiled.  Since 2019, the International Museum of Ceramics in Faenza (for the cultural sector consisting of art and museums), Italian Ceramic City Association (for artisanship), the Centro Ceramico Bologna (for technical and scientific research) and Confindustria Ceramica (for the industrial sector) have worked together with the aim of raising awareness of the quality of Italian ceramics and improving the sector’s competitiveness at an international level.

Ceramics of Italy, which is a type of national trade union that both protects and advances this historic craft, produced a stunning short video to promote this cherished industry. Created by award-winning documentary filmmaker Francesca Molteni and design historian Fulvio Irace, Ahead of our Time provides an elegant look inside the craft as it exists today.  And it is well worth watching.

When introducing ceramic tiles to contemporary home design, my motto has always been that less is more.  Exercising restraint is the best advice I can offer here. The idea is to allow a tiled surface to serve as an accent to a room and not a barrage on the senses.

I think most designers typically opt to work these tiles into the backsplash of a sink or stove. An accent border in a master bath is another popular idea. And while these are all great applications, I do think there are some others we might consider when looking to add some colorful pizzazz to a room. For example, why not tile the back of a kitchen hutch.  Or, better yet, a custom china cabinet in a formal dining room. This is especially effective when displaying a collection of solid white china as it lends a pop of color to an otherwise monotone display.

Here are a few more great applications: try tiling the front of a kitchen island that has a marble waterfall surface. Not only does this have a practical benefit, it can also provide a colorful central focus to your kitchen. Of course, using ceramic tiles as a decorative frame on a living room mantlepiece is always a favorite of mine, provided the colors and patterns complement the room’s overall aesthetic. Similarly, an accent wall in a shower, framed with molding and surrounded by field tile, is another beautiful application. You may achieved this same effect by creating an accent wall behind a vanity, or an inlay on the floor of a powder room.  Or, in place of a hallway runner, why not give the impression of one with a selection of contrasting tiles.

Finally, for the DIYers, inlaying tiles on the surface of a table or the frame of a mirror can add a lovely touch to any room.  I once did this with an antique Singer sewing table, which I still have today. This could also be done to the base of a wooden serving tray, rendering it both functional and display-worthy.

History, culture, tradition, and product innovation are all values we can attribute to this ancient Italian craft and the industry that promotes it.  And through a thoughtfully, curated use of these magnificent tiles, we may add both texture and nuance to any home, with a treasured art-form that has been cultivated over centuries. 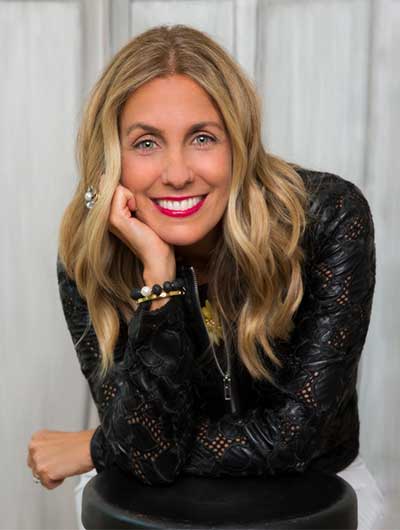